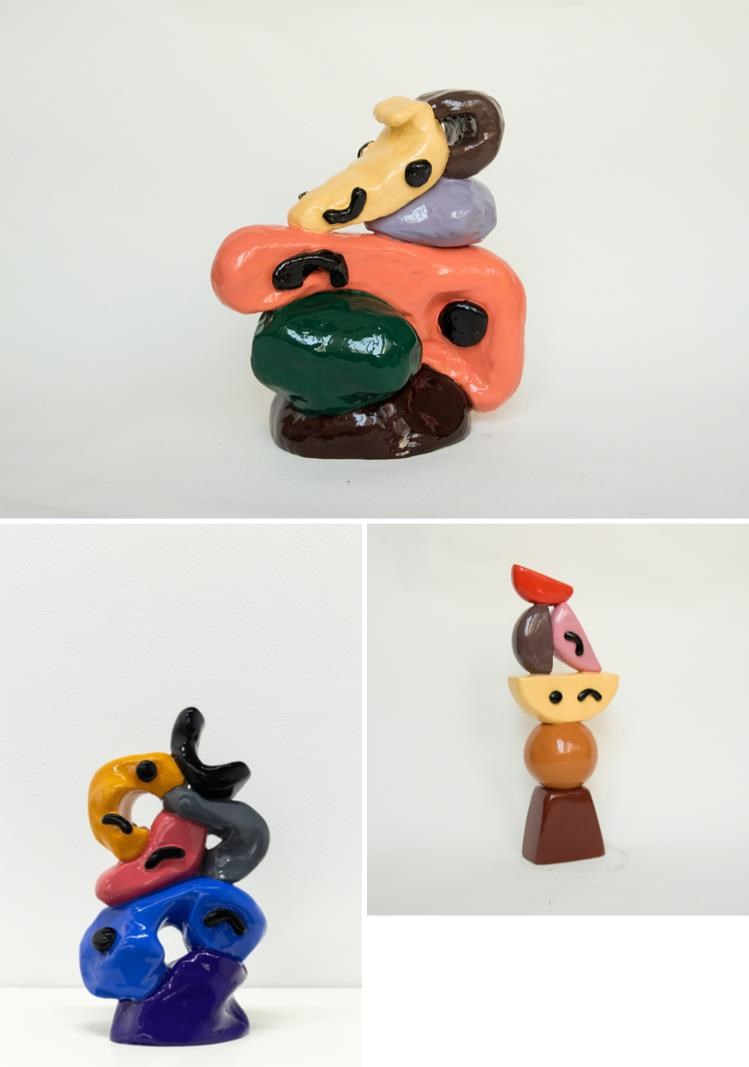 Amir Khojasteh (b. 1988) is a contemporary painter and sculptor who is known for his humorous expression, vivid colors, and unique forms in his artworks. The subject of most of Amir Khojasteh's paintings has been portraits of people and in some cases portraits of famous social and political figures. In recent years, he has presented several voluminous works with the same style and language.

Amir Khojasteh was born in Tehran and studied graphic design at Marlik University of Arts. Since the late 1980s, he has participated in numerous group shows in various countries, including the Tokyo Designers' Weekly Show and the Serbian Poster Biennial, winning the prize of first place in the “Pressbook” Contest and second place at the Tehran “Standard Image” Contest. The artworks of Amir Khojasteh were displayed in the 7th and 8th annual selected of the Montakhab Nasl-e No in Shirin Gallery, and in the biennial of illustration in Tehran.

The first solo exhibition of Amir Khojasteh's artworks titled "When a bee stings, lie down and shout" was held in 2016 at Mohsen Gallery in Tehran. According to the artist, the works in this collection of portraits are intended to show the created element of violence.

Amir Khojasteh's portrait paintings have been presented in several group shows, including the show "Faces" by Fereydoun Ave in 2016 at the Lajevardi Foundation, the show "Good Face and Incurable Defects" at the Carbon 12 Gallery in Dubai, and the show "Face, Contemporary Portrait" by Homa Gallery in Tehran.

Amir Khojasteh's solo show "The Saddest Sunset in the World", which was held at the Carbon 12 Gallery in 2009, features a collection of portraits with thick colored layers and expressionist lines reminiscent of works by artists such as Willem de Kooning and Edward Munch. Most of Amir Khojasteh's portraits include images of real characters, notorious dictators, or historical artwork; He has introduced a new concept to the audience by reconstructing the faces of political celebrities and in a humorous way with deformed forms.

The latest solo exhibition of Amir Khojasteh's works in 2021 titled "Trying to get the moon" was held at the Carbon 12 Gallery in Dubai. In Khojasteh’s collection, in addition to painting, he has presented his visual language, which is defined by voluminous and vivid colors, in the form of a sculpture. Intertwined forms draw the line between liberation and unrest. The elements of horse and moon are the main theme in all the works of this collection, which are clearly repeated in the paintings and in volumes in a more abstract language.

Amir Khojasteh's artwork has been featured in many groups shows in recent years, including "Out of the Jungle" at the Carbon 12 Gallery in Dubai, as well as in major international art galleries including New Art Dealers Alliance New York (NADA), Artsy Art Fair, Art Dubai, Dallas Art Fair, and Chicago Invitational.