Suzi Gablik, writer, art theorist, and critic who attacked modernists, died in her house on May 7, 2022, at the age of 87. According to one of her friends, she had suffered congestive heart failure for a long time. Gablik was famous for her severe critical attacks on the approaches adopted by modernists. In her texts, she addressed challenges by which she could create new approaches that involved thoughts and deep conceptions. Suzi Gablik was born on September 26, 1934, in New York. She used to visit different museums with her father since she was a child and was grown up in a lively social environment. She entered the Black Mountain College to study painting in her youth.

Since the beginning of her career, she was known for her pioneering suggestions that could lead art to strange paths which were unknown until then. Gablik, who was Robert Motherwell's student, continued her studies at Hunter College, London. When she was 25 years old, she studied the paintings of  Rene Magritte, the Belgian Surrealist painter. During the time she lived in the attic of the artist's house, she wrote a thesis which was the first to exclusively concentrate on Magritte's works. Later in 1966, she moved to London and, with John Russell, started writing a book that was intended to read Pop Art from a different viewpoint. The book "Pop Art Redefined", published in 1969, was not only the result of their infatuation with each other but also, according to Gablik, had a distinguished attitude:

"It was different to everything else that one had ever seen, and it was fun—and a little wacky—and it was an intriguing moment in time. "

She was a daring bold student who supported modernism and its artists when she started attending art circles. She also believed in modernism as an artist for a while, but as she was influenced by the art world, she eventually decided to stand against modernists. During the 1950s and 1960s, she had relationships with artists such as Robert Rauschenberg, Jasper Johns, and Ray Johnson. She saw herself as the center point of these relationships, but at the end of the 1960s, she began writing about issues which made many of her artist friends upset. However, she didn't regret it and continued her work.

She traveled around the world for 15 years as the London-based correspondent for Art in America, where she wrote critiques. Her notes put forward the challenging issues of the modern art world. Her texts which were published between the 1970s and 1990s, became controversial in New York's art scene and discussed issues that transmitted beyond the United States. As one of her friends has said:

"Suzi had a great talent for admiration, and many artists benefitted from her moral support. She asked little in return, other than the chance to soak up ideas from the culture and ponder them [to] no end. "

By writing three series of books, Gablik tirelessly scrutinized modern art and discussed a subject which was ignored then: Art should affect social change and must be sensitive to its surrounding environment. Here are some of her books:

Gablik's thoughts were not confined to criticizing, theorizing, and lecturing. She was a concerned activist, with whom many disagreed, but could establish a new way of creating and presenting artworks. Her approach went beyond the conventions of art and introduced philosophical, cultural, and political aspects to it. 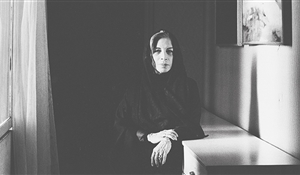 "Once in a Generation" at Tate Modern 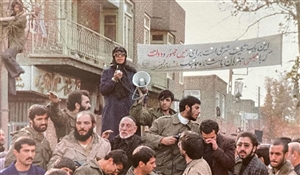