Despite our notion that art fairs are a new phenomenon in the contemporary art world, these exhibitions have existed throughout history and have accompanied the art world.

How did the art fairs become the cultural and economic support of the art world from ancient times to current times?

We might think that art fairs, these giants of presenting contemporary art (which at first glance look something like a gathering of art dealers or trading markets) are a whole new phenomenon and that today's art world has created them with its own mechanisms to further emphasize the relationship between art and economy, or in other words, pave the way for buying and selling more artworks. But it's better to take a deeper look. Perhaps if we know what an art fair is and when and where did this art exhibition come from, we can judge it better.

What is an art fair?

In the most basic definition, an art fair is an art exhibition, but with economic goals. In modern times, the art world distanced itself from its original and sacred status and the art economy became a significant issue in the field of industry and business. Anyone who is active in the art market, from sellers and consultants to collectors and curators and dealers possesses a special place in art fairs and the art world.

But this is not the whole story of the art fairs. Art fairs form an important part of the body of contemporary art and it is usual that beauty and the state of being spectacular would be of great importance to them. Art fairs should be attractive and impressive to all audiences, even those who do not tend to buy works and just participate as enthusiasts or serious audiences of the art world. Therefore, it is better to say that art fairs are luxurious visual complexes that the public can visit. Exhibitors or those who present the artworks strive to make all of the events sparkling and flashy, creating spectacular scenery that is enjoyable for everyone and attracts the attention of photographers and reporters. This is why the art fairs like The Armory Show use the word "show" to introduce themselves.

Art fairs have different approaches for presenting artworks. These exhibitions show the latest works of well-known artists, provide a space for young and emerging artists to present their work, and introduce the latest trends in the art world. Art fairs provide an essential and significant platform for business, trade, networking, communication, and industry in the art world. In established art fairs, the most prominent works of the galleries and works by great artists are displayed. In exhibitions that have a larger space to offer for booths, more works will be displayed and the possibility of audiences being able to buy artworks at their own expense will be greater. However, visiting art fairs can also be appealing to the audiences who do not intend to buy artworks or prefer to buy works by less-known and experimental artists.

Every year so many art fairs are held all over the world, and undoubtedly, these events form an important part of the global art market. The fact is that only art specialists have the opportunity to spend so many days visiting all of the art fairs that are held. However, some art fairs have great reputations and are usually held at a specific date of the year for one week. The "Armory Week", "Frieze Week" or "Art Basel Miami Beach Week" refer to the same events.

Despite our notion that art fairs are a new phenomenon in the contemporary art world, these exhibitions have existed throughout history and have accompanied the art world. Especially in the 20th century, when the artists obtained the opportunity to be more experimental,  and different artistic styles with new perspectives and emphasis on artist's individuality were formed (although disappeared subsequently), the existence of exhibitions that show different works and introduce artists to the world and the audiences, gained special status and importance. But the history of art exhibitions that emphasize business and economy go far beyond that. In fact, art exhibitions are linked to the ancient world and religious ceremonies and rituals.

History of art fairs: From religious ceremonies and carnivals to craft and artwork   fairs

We all know that in ancient times holding religious ceremonies, religious gatherings and collective rituals have had a very important place.  But these group rituals and religious carnivals are also vital in terms of culture and art and have played a special role in the art world. How? These rituals are the pioneers of today's art fairs and have created a structure that became the central feature of all major events.

These annual gatherings and pilgrimages were common in all ancient empires, from Rome and Greece to the Han dynasty of China, and had one common important point: religion and business mixed in these events. To hold these important events, which were held on certain days of the year, larger crowds from across the empire gathered to celebrate the carnival of joy, organize ritual mourning and mass walks, or perform special rituals of worshipping gods.

But these religious events were also propagandistic and political for each empire. The emperor supported the ceremony to prove his strength through displaying the outstanding qualities and achievements, as well as the abilities and competence of the elites of his land. Therefore, artists and elites had an opportunity to show their achievements to people gathering from far and nearby lands in the area. Significant efforts were made to organize festivals to introduce the exceptional and unique character of each region. The program organizers and the businessmen who planned to attend these events would spread the news throughout the empire so that everyone would be informed about it.

The structure of these religious celebrations was like a small world that needed its own laws, connections, and links. For such celebrations, some dates were predetermined. On these special days, daily activities were stopped so that everyone could attend the festival; therefore, holding such a complex event required transportation systems and safe roads, food supplies, and accommodations. These events created a kind of communication channel that was unprecedented. The participants strengthened their relationships with acquaintances and met people from all over the empire. On the other hand, holding these ceremonies required a clear framework and strict rules which all participants were asked to observe. All these issues resulted in making this religious and ritual celebration a great law-abiding and planned event.

However, what matters to us and the art world is what happened following these events. People from far and nearby lands brought their rarest and most valuable objects and handicrafts with themselves to gain honor by showing them to others, attract attentions and evoke the curiosity of other visitors. The objects were displayed in temporary buildings made for these occasions; such as houses, temples, or tents. This tradition slowly became an important aspect of religious festivals and eventually created markets for trading and business. The aristocrats and the wealthy who attended the festivals would buy rare objects and valuable crafts to show their social distinction. The manufacturers and sellers who knew that they had the opportunity to sell artifacts and objects every year at a certain date would prepare themselves for the event.

In time, these religious festivals, which were rooted in spirituality and their participants believed in shared values, became the business house for precious goods. But the spiritual content of these festivals remained in commercial structures, even symbolically. And if we get a little more specific about the subject, we'll see how this spiritual characteristic was institutionalized in the art world. Many artists and critics still oppose the sale of the artworks and consider a spiritual dignity and identity for it. They believe that the artwork is not a commodity to be sold or traded; because art demonstrates another world or the inner side of an artist and guarantees sublime concepts, so its value is not measured by money and material. But in addition to this view, what's happening in the contemporary art network has the same perspective: "The contemporary art world is a network of interfering subcultures that are kept together by believing in art". Do you see how the belief aspect of these events has spread to the structure of the contemporary art?

As we said, the first art exhibitions were not set up specifically for this purpose. In fact, craft fairs were the unintended consequence of religious festivals and gatherings that parted their ways with these events. The annual craft fairs were small and held in only a few certain places, but were particularly popular in the Roman Empire until the late 5th century. The widespread social and political changes affected the business and holding exhibitions in such a way was almost discontinued in Europe. But in the late 7th century, the Saint Denis Fair was held near Paris, and regarding this event, the exhibitions resumed and the way for the craft fairs to progress got opened. This type of exhibition developed rapidly throughout Europe and was particularly thriving in the late 12th and 14th centuries. The Champagne Fair in northeastern, France and the Stourbridge Fair in Cambridge, England, were among the most important craft fairs held during this period.

The great Champagne Fair in northeastern, France in the 12th century, marked a turning point in the formation of such events. In this show, two important happenings took place which have remained to this day in holding cultural events and art exhibitions and are carefully performed. The first was to "determine the instructions for conducting and holding the exhibition" and the second was to assign an "exhibition security". The exhibition security ran a protective system for merchants, that appointed guards to ensure security and the proper implementation of contracts. On the other hand, this great event required an international financial system. Merchants from all over the world attended the exhibitions to sell their objects or buy crafts. Therefore, a system was needed to be designed so that all of them could trade with the currency of their land. This event marked one of the most important global economic and trade agreements. Because this aspect of cooperation also consolidated business relationships beyond these events and shaped two main features of the modern economy: partnerships in sales as well as customer support.

While religious festivals provided a platform for conveying spiritual and political messages, craft fairs became a platform for selling and determining the price of goods as well as creating extensive transactions. The relationship between traders and sellers created an interesting system that is still functional in the economic structure. The structure of the craft fairs created a context of comparative nature that looked quite similar to modern markets. The production of goods was not so standard at the time, so the qualities of the manufactured products were different. The buyer could check the quality of the goods and negotiate their price with the seller. Also the vendors and merchants who were present at the event determined the price of their works by observing the goods of others and examining similar works and estimated a new price for distinctive and valuable goods. In fact, they considered their competitors and tested the quality of their own works so it wouldn't be possible for anyone to sell their goods much higher or much lower than usual. 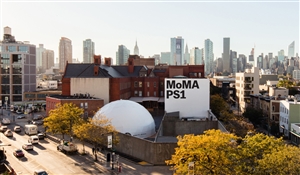