About the "documenta" and Its 2022 Event

After World War II, German artists sought to rebuild and develop their art and culture. In 1955, the German painter Arnold Bode, in cooperation with the Western 20th-Century Art Society presented art from the 20th century in Kassel and founded the ducumenta event to bring Germany back to the international dialogue of contemporary art. In the first edition of documenta, works related to art styles such as Fauvism, Expressionism, Cubism, and Futurism by famous artists like Pablo Picasso, Max Ernst, Hans Arp, Henri Matisse, Wassily Kandinsky, and Henri Moore were displayed. Also, works by founders of modern art, including Paul Klee, Oskar Schlemmer, and Max Beckmann, were presented at the event. By benefiting from financial support from Kassel city, Hessen state, and the German Federal Cultural Foundation, documenta continued its activity as a non-profit organization. About 130 thousand visitors welcomed documenta's first edition, which convinced Arnold Bode to arrange the second edition of the event to be held in 1959. Well-known art historians such as Werner Haftmann, Willi Grohmann, Werner Schmalenbach, and Max Imdahl cooperated with him. Therefore, documenta was introduced as one of the most important art events. The 4th edition of documenta ran in 1968, and in 1972, Harald Szeemann was assigned to direct the event. Since then, for each event, a new director has been assigned. In 1997, Catherine David became the first woman to direct the documenta exhibition. Documenta has always focused on a particular subject in each show and has tried to lead international dialogues concerning its subject.

Documenta events are usually held at the Museum Fridericianum gGmbH, founded in 1779 with an area of 2000 square meters, and the 1400 square-meter Documenta Halle.

Today, Documenta's programming for its different editions is being done by "Documenta's International Friends." Members of this circle are art enthusiasts gathered by the documenta and the Museum Fridericianum gGmbH programming the subsequent editions of the event to promote contemporary art worldwide.

Documenta 15 will run from June 18 to September 25, 2022, in Kassel, aiming to provide a global platform for cultural and artistic activities. Therefore, this year, there is a focus on presenting collaborative and interdisciplinary works that will remain one hundred days after the event and cause new ideas and innovations to form. Lumbung is the basic idea of this year's event; that is, a communal building in a village in Indonesia where the rice produced by all members of the society is stored and preserved for the purpose of its fair distribution among villagers. Documenta 15 will arrange its exhibition based on the same concept; it will collect, archive, distribute and display artworks fairly. Those involved in organizing the event believe that collective participation and collaboration lead to more sustainable ideas.

Documenta has decided to assign the Ruangrupa group to direct documenta 15. The group was founded in Jakarta, Indonesia, in 2000, and its name is actually an Indonesian word meaning "artistic place." Ruangrupa is a non-profit organization focusing on collaboration between artists and scientists seeking to portray Indonesia's social issues from a critical viewpoint. In other words, Ruangrupa performs a social act rooted in Indonesia's culture, where friendship, solidarity, and society have crucial importance. In addition to supporting social-artistic projects, the organization arranges exhibitions, festivals, art laboratories and workshops, and publishing magazines and books. 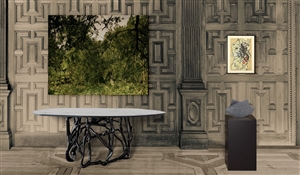 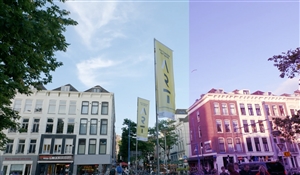