On Wednesday, July 6, 2022, Photo Elysée announced eight nominees for the 5th edition of its prize, in which Khashayar Javanmardi, presented by the Silk Road Art Gallery, was mentioned.

Prix Elysée is an international photography prize founded in 2014 in cooperation with one of the world-famous watch brands, Parmigiani Fleurier. The award aims to support and encourage photography artists around the world to work on projects with subjects of their interest. The event takes place every two years and each year in two stages. In the first stage (the first year), Photo Elysée selects eight nominees to receive a grant of 5000 fr for their first project in the Nominees' Book (a group publication designed especially for this purpose). Additionally, artists are accompanied by a curator while working on their projects. In the second stage (the second year), an international jury board studies the nominees' complete profiles and selects one of them as the winner of the award. The winner receives 80000 fr, half of which is assigned to set up their project, and the other half is designated for publishing a book that will be unveiled during an important event. The winner of the 5th edition of Prix Elysée will be announced in June 2023. This year, the eight nominees for this prize, including Khashayar Javanmardi, were introduced in the "Rencontres de la Photographie d'Arles", a photography festival running every summer in Arles, France. "Dear Franklin," a book by Kurt Tong, winner of the previous edition of Prix Elysée, was celebrated during the event.

Khashayar Javanmardi, a social documentary photographer, started his career in Iran's publications with the Jaam Photo Agency. He tries to depict the social issues he confronts in his lived experience. His attitude toward his surroundings and the world he represents in his photographs have been widely welcomed; his works have been featured in several important publications worldwide, including New York Times, Reuters, Guardian, and Washington Post, in addition to domestic newspapers and magazines. In 2020, in association with other photographers, he founded Mammat Photo Agency to present documentary narratives of Iran and the neighboring countries. 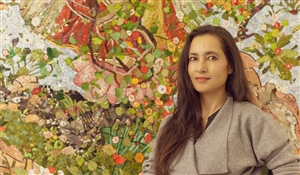 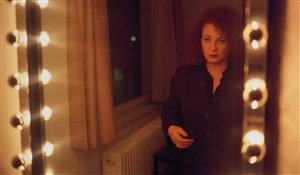