"New Approaches to  Modern Iranian Art – 1950-1979" is the title of an online symposium organized by Mohammadreza Mirzaei and Sven Spieker that was performed at the Graduate Center for Literary Research, University of California, Santa Barbara. This session, aimed at providing a context for critical discussion regarding the innovative methods of studying Iranian art, was held on May 16, 2022, from 8am to 2pm.

Leili Adibfar, one of the founders and members of Didaar Art Collective, presented her paper entitled  "Of Existence, Embodiment, and Oil: Behjat Sadr's Paintings and the Question of the Local and the Global in Writing the Art History of Modern Iran". This meeting was part of a more comprehensive research project titled "Iranian Modern Art and the Issue of Identity". Didaar Art Collective, which declared its inception in December 2018, consists of Iranian artists living in Chicago. The group's goal was to support Iranian artists and those engaged with Iranian art through creating a borderless space for collaboration between them.

The Graduate Center for Literary Research (GCLR) is a place for conducting researches into the fields of literature, art, film, and theory. The center intends to create a context for exchanging lively, challenging ideas which may be formed between students of comparative literature and other fields of the humanities. 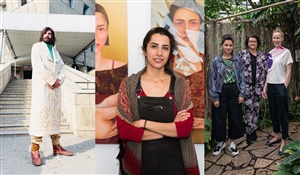 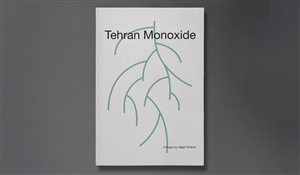 Opening of the Future Fair 2022 in New York