documenta is a liberal tradition that considers welcoming different narratives as a way to free Germany from extremism. The event takes place every five years and runs for 100 days. 1955, the years following the Second World War, when Fascism and xenophobia had brought Germany to the breaking point, is a symbolic date referring to the beginning of exploring the world outside Germany. Arnold Bode, the founder of documenta and a German painter and master, believed that Germany must practice redefining the other and confronting in a more generous and accepting way; he considered art as the way for confronting. The tradition is kept until today; documenta 15 hosts art enthusiasts and artists with various attitudes from June 18 to September 25, 2022. Although the event was generally appreciated for emphasizing aspects of art that had previously remained hidden in the international space, the event's first week started with considerable criticism. An artwork by a group of Indonesian artists provoked fierce controversy in the media over Antisemitism which eventually led to explosive reactions from the public and the officials.

A few days after the opening of documenta 15, a work by an Indonesian group of artists called Taring Padi was accused of propagating Antisemitism beliefs. The work, titled "People's Justice," is similar to a mural previously exhibited in Australia in 2002. In one part of the work, a soldier, with his pig-like face, is wearing a hat with the emblem of Mossad on it. Nearby, a man with a hairstyle specific to Orthodox Judaism is portrayed with canine teeth and bloody eyes while wearing a black hat and looking away. The painting, many presume, has explicit references to Jewish people. This led to waves of protests in Germany and the German media reported that the work would be removed from the show. Kassel's mayor, Christian Geselle, said, "Something that was not supposed to happen has taken place" and that he was ashamed. Angela Dorn, the state premier of Hessen, where Kassel is located, expressed her anger and disappointment. This caused a chain of public reactions in response to the exhibition of such artwork.

The same day, the Taring Padi group agreed to cover the painting with a black cloth. A statement was subsequently published that explained the Indonesian group's intentions for the public. Taring Padi claimed that their work is a part of a campaign against militarism and violence that the Indonesian people experienced during the 32 years of conflict with Suharto's dictatorship, the consequences of which they are still suffering. Nonetheless, the statement was not convincing enough, so the work was removed. However, the installation structure is left intact to remind the viewer that German people are now susceptible to even the slightest signs of racism.

The reactions did not stop at this point. Many believed the aroused sensibility to be selective and judged the German society as indifferent to racism and Islamophobia. Many others have linked the argument to a fundamental question; can art be limited to borders? Even if we accept that everyone has the right to do anything within the boundaries of their home, are we allowed to limit the artists in international spaces and make them comply with political correctness?

It seems that documenta has once again succeeded in propounding a fundamental matter. Arnold Bode would have cried, I always wanted such challenge, creating and questioning, if he had been alive. 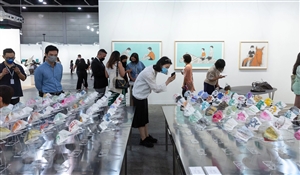 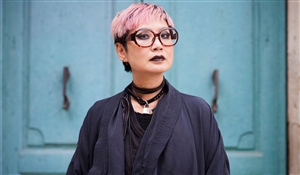 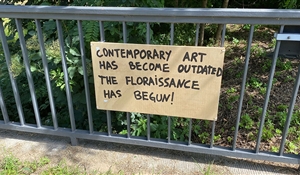 A Chronicle of documenta 15: Beyond the Borders