The 7th Iran National Auction will be held on June 24, 2022, at Khaneh Hamayesh in Tehran. In this auction, with Zahra Mohammadvand as the presenter, 40 lots of Iranian and Islamic sumptuous artworks, including miniature paintings, calligraphy, illuminated manuscript, pen box, enameling, toreutics, and other fine arts, will be put on sale. The works will be displayed in an exhibition prior to the auction.

One of the most famous artworks in this section is a miniature painting that belongs to Mirza Agha Emami, an artist who lived during the Qajar dynasty. It is considered one of his most notable works created with a combination of illuminating, tasheir, calligraphy, and tilework. The painting has an estimated price of 4 to 5.4 billion tomans. Other paintings evaluated with the highest prices include a work by Hossein Khataei (3.5-4 billion tomans, who was Mirza Agha Emami's student and a prominent artist in leather mosaic technique, an iconography by Ali Ebrahim Naghashbashi (2.8 billion tomans), a wooden door ornamented by paintings of banquet and hunting scenes created by Mirza Agha Emami's studio (2.5-3 billion tomans), a Portrait of Naser al-Din Shah Qajar by Yahyakhan Ghafari, an artist living during the Qajar period (1.5-2 billion tomans), and another portrait of Naser al-Din Shah by Sima Azimi, contemporary Under Glass painter (1-1.2 billion tomans). Additionally, a miniature painting of Hossein Behzad, a lake pigment painting attributed to Mirza Baba, a painter who lived in the Zand and Qajar period, and two works by Alikhan Saba, a painter who lived in the Qajar period, will be auctioned at this event.

A collection of 21 pen boxes and 2 envelopes, estimated between 5 and 5.5 billion tomans (the highest estimated price in the event), is among the most exquisite works presented at this auction. The pen boxes are created by well-known pen box painters such as Mohammad Zaman, Agha Sadegh (Sadegh al-Vad), Sanie Homayoun, Fathollah Shirazi, Nasrollah Emami, and Najafali. A collection of 4 pieces, including a lacquer box ornamented with paintings of scenes from Qajar period wars by Sadegh al-Vad, and three mirror frames by Sadegh al-Vad and Mohammad Esmaeil, painter in Naser al-Din shah’s court, will be auctioned for 2 billion tomans. Moreover, a lacquer box ornamented by Heydar Ali, a contemporary polychrome tile artist, a pen box designed by Mohammadbagher Semiromi, a pen box painter from the Qajar period, a tile painting by Ahmad Shishehgar, a prominent contemporary polychrome tile artist, and some toreutic works are among the most elegant artworks auctioned at this event.

About the Iran National Auction

Iran National Auction, which will run its 7th edition this summer, was founded in 2011 to promote activities in the field of arts, including production, exports, auctions, and exhibitions, and to introduce authentic Iranian art to the world. Ever since, the auction house has focused on selling traditional, exquisite works of Iranian art such as carpets, jewelry, handicrafts, automobiles, and other decorative objects. 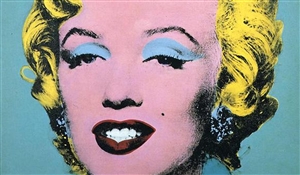 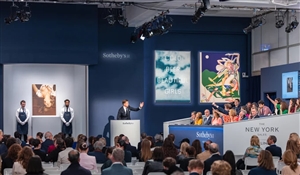 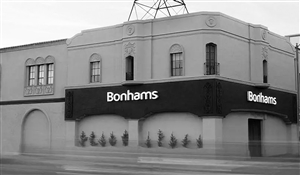