4th of July, the American Independence Day, and Kara Walker

On July 4, 1776, the Second Continental Congress officially confirmed that the 13 colonized American states were now united and no longer a part of the United Kingdom. It was an important day, and it had to be celebrated. For many years, people celebrated this day with fireworks, parties, speeches focused on collective identity, and of course, hotdogs. It was freedom day, the day to tear the ties of colonialism and call for independence.

Nevertheless, Eric Foner, a history professor at Columbia University, believes that as much as the American people are patriots, they are forgetful. The image of the 4th of July with its free hotdogs and beer should be seen next to the image of black slaves, women, and, more importantly, the indigenous people of America. The question here is, which freedom? Which liberation from colonialism? The white Enligh man's America or the indigenous colored people's America? Or the black slaves' America? However, the moral values of a patriot republican oblige us to avoid conflicts when discussing an event related to our collective identity and understanding of our homeland. Isn't America a country for all people? I insist that colored and indigenous people and women are now included, but are they really? This is what Kara Walker asks. Walker is a 53-year-old woman artist who talks, writes, and creates artworks about race, gender, and violence. Walker cuts papers in the form of white figures and narrates an impressive story. Her works are considered controversial not only by the public audience but also by experts. Many reject her technique, and many banish her stories. Still, her expression is what she is known for; form and content next to each other.

Let's return to the story of America's independence. "Washington Crossing the Delaware," currently owned by The MET, is the title of one of the most famous paintings that implicitly narrates the independence event. It has been repeatedly printed on T-shirts, mugs, and postal cards, constantly reaching new audiences. Emanuel Leutze, a German-American history painter, produced the painting in three versions in 1851. The artist has painted a boat with Washington as its hero. The boat symbolizes America, and the presence of black, indigenous, and even Scottish figures in the boat means that America is a country of migrants. The image properly represents the 4th of July. We celebrate this America. The painting received many critiques, most of which concerned technical matters; with all that wind, how could Washinton stand on the boat? The flag represented in the painting does not match America's flag at that time. It is a historical mistake. But Walker asks, is this an accurate image of America? Like many other symbols of the visual culture, this painting narrates just a tiny part of the real story. Nonetheless, it should be emphasized that the work has been redefined several times, and, after Leutze, some artists in the US and England have created new images that include a more comprehensive range of people under the flag. However, in all these images, a white man is the boat's hero.

Walker's version of the image, created in January 2017, was inspired by the inauguration of Donald Trump. The painting was created with watercolor because the artist intended to represent a sense of anxiety and depict the political confusion dominating the US Presidential election in 2016. In this image, Trump leads the boat while wearing a paper hat. Walker has wisely referred to "Washington Crossing the Delaware" to aim at power and patriotism. He believes that the romantic narrative of America's past must be reviewed more realistically to achieve a different result. Trump's presidency is the result of a seed that we planted many years ago; the outcome of an incomplete, biased description of America's history. The Met invites you to visit Walker's version of "Washington Crossing the Delaware" because this is the actual image of America that we need to see. 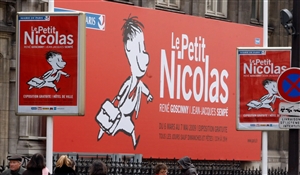 On the Occasion of Jean-Jacques Sempé's Death 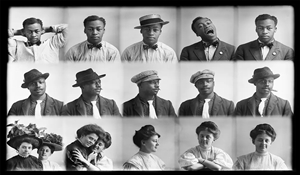 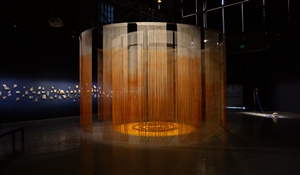