A Narrative of Familiar Scenes

It's been years that Alireza Fani is photographing and as he says, he has always taken photographs based on personal ideas; but these ideas are a mere reason for the photographic practice, and photography itself is his priority. Such a claim justifies the thematic and formal diversity of Fani's body of work. Only the photographic concern could gather artworks such as photomontage pictures (the series "Photo Montage" and "Tehran 88"), staged photographs (the series "A Memorial for Today" and "I am the one who…"), topographies (the series "This Is Development", "Along Modares" and "In Tehran's Solitude"), landscapes ("Fake Lake-Fake Desert"  and "Land") and typologies  (the series "The Privacy"). It seems that Fani's early photomontages are the result of his practice in the field of graphics and his photographic concerns, and the staged photographs may have been created under the influence of the fierce wave of the arrival of staged photography in Iran. But Fani's latest series are often devoted to a style of photography that is known as "straight photography". As expected, the diverse series and experimentations of the photographer in various styles have been achieved at the expense of the lack of a body of work that is coherent in form and content.

The following text examines the collection  "Fake Lake-Fake Desert" which was presented at Mohsen Gallery in 2015. In this show, 9 pieces on the scale of 90  x 120 centimeters and a 15-part piece installed horizontally in 5 rows of 3, all in all on the scale of 200 x 90 centimeters were presented. At first glance, all photos are simple landscape pictures; and as the name implies, it represents a lake and desert. But by reading the statement, the audience notices their fakeness:

"In this series, I set before you images from two parts of my country: The first 3 images belong to a lake in Kahrizak, located 70 km south of Tehran which has been considered as a landfill for 50 years... all these leachates have started to flow and therefore created an acidic lake on an impenetrable ground ...

The next images belong to Lake Urmiathe sixth largest saltwater lake on earth, which today, instead of a lake we are facing a vast salt pan that scatters around with every wind ..."

By putting the pictures and the statement together, it becomes clear that not only Alireza Fani's photographic approach but also his approach to content is straight. The simple idea of Fani's explicit title and statement which roams far from the conventional complications of today's exhibition statements shows that his ideas are reasons for the photographic practice and capturing and presenting the photo is his priority.

So, if the idea is a reason, it becomes easier to focus on the photo itself. In a general look at the "Fake Lake-Fake Desert"  series (while the audience is standing in the middle of the gallery and looking around themselves), we are faced with uniformed pictures with a middle horizon line that the relative colorlessness of the desert and striking blue pictures of the lake clearly contrasts the two parts of the collection in terms of form. Moreover, it's not far-fetched that the outlook of land pictures is reminiscent of landscapes of the central plains of Iran for the Iranian audience. Landscapes in which differences in details are always traceable; differences such as color and earth's texture in Fani's photos that the audience can find and view by approaching them.

As mentioned earlier, a lot of Fani's collections can not be grouped together in terms of form and content; but the audience who is familiar with Fani's previous works can easily figure out the simplicity of these pictures in clear contrast to the technical complexities of the photographer's previously staged pictures. Although for the audience familiar with the landscape photography of the recent decades,  this simplicity isn't that surprising.

An audience familiar with photography can consider these photographs alongside the critical landscape photography of recent decades. Photos that show the destroying nature and acknowledge humans as the culprits. Through a neutral look in these pictures, the photographs have become more of a document for external events, which in most cases, regarding the fixed subjects and wide-angle frames, the photos have distanced from the concept of framing a part of the subject and seizing the moment. Although such a solution has made the picture look accessible, it should be noted that the placement of elements and masses of the earth's texture is reminiscent of the classical principles of composition, which, along with detail and color, were perhaps the only aesthetic options before the photographer. For a better understanding of this topic, we can look at Edward Burtynsky's photos. In these pictures, detail, color, and composition, along with the photographer's unconventional perspective, are also the only formal solutions available to the photographer. Although these pictures are simple, it should be noted that how one can expect a complex and straight picture of such a subject at the same time. This complexity becomes possible only when the photographer encounters a subject with a variety of elements. For example, Fani's Fake Lake picture could be compared with some of Richard Misrach's photos of the Salton Sea. In the case of Misrach's photography, there are diverse elements, however insignificant, that allow the photographer to capture various straight photos with a central horizon line,  but such elements do not exist in the leachates lake in Kahrizak.

Critical documentaries have always faced the question that why an unpleasant subject should be represented pleasantly. This question, which is specifically asked about the forefathers of social documentaries such as Lewis Hine, has a stereotypical answer: Beauty allows pictures to be disseminated in a wider range and the audience to look at pictures for a longer time. But this beauty could also be deviant; the beauty of the photo can prevent you from experiencing the unpleasantness of the subject matter.   It should be noted that the placement of critical pictures in exhibitions and museums is due to the aestheticization of the unpleasant subject. This arrangement causes these pictures, unlike journalistic pictures, to be seen for a much longer time. Also, one of the reasons behind presenting these pieces with particular characteristics such as large presentations and high-quality archival printing, etc. is the possibility of entering this space through platforms like museums, galleries, and photo books. Because we know that presenting a larger picture of the leachate lake in Kahrizak and seeing more details could not lead to a better understanding of this environmental catastrophe. In return, such preparation is used to enter the exhibition space, make pictures more impressive, and attract the audience's attention.

Finally, although critical landscape photography, including Fani's collection among other critical artworks, can be considered an action against the destructive elements of nature, society, culture, etc. but as Terry Eagleton points out, such a critique often does not lead to tangible results. As in Eagleton's opinion, critique is effective when it depends on an active critical political current: otherwise, it is swallowed up by the same mechanism that has created the problem. Although Fani's photos are evidence of something that once happened; however, it isn't even unlikely that the photo will be purchased by one of the culprits causing these environmental problems. 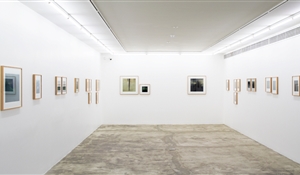 A Review of Mehran Mohajer's Show 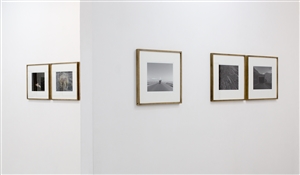 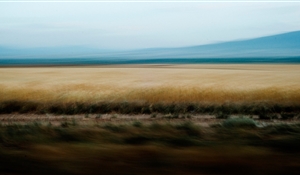