One of the most notable modern poets and painters of Iran, Sohrab Sepehri, had a deep insight into his inseparable poems and painting. ... Read full biography 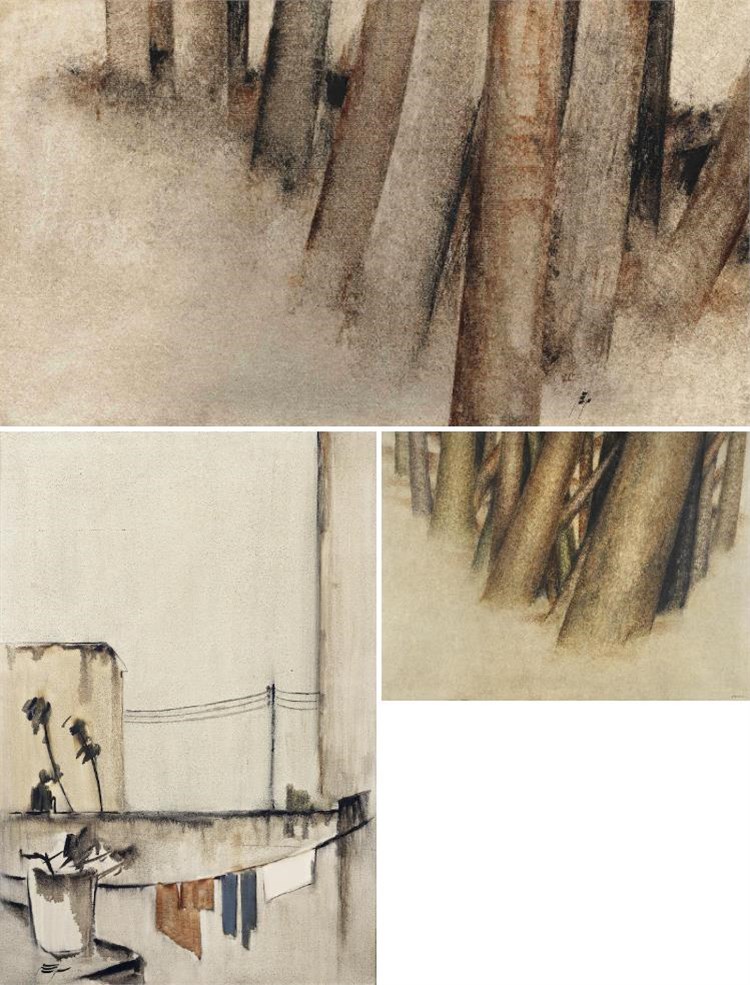 One of the most notable modern poets and painters of Iran, Sohrab Sepehri (1928-1980), had a deep insight into his inseparable poems and painting. His vision was formed based on his sensitivity and his experiences in different countries, specifically the art and culture of East Asia.

He is one of the most participle figures in Nimaa'i poem. By using delicate and gentle language, he illustrated nature, emotions, and abstract concepts in the form of poetry. Sepehri applied different approaches and languages in his paintings and experienced various genres; from Expressionism to Abstract.   $$quote$$

Sohrab was born in Kashan, Iran. He grew up in a family that was into art and poetry. Since childhood, he wrote poems and draw paintings. He exhibited his paintings for the first time in a solo show at Seyhoun Gallery in 1945. He completed his elementary and secondary education in Kashan and moved to Tehran in 1943 to study at Teachers' college. Then he became an employee in the Ministry of Education. He published his first poetry compilation entitled "Next to the grass or the tomb of love" in 1947 when he was only nineteen.

He got to know Manouchehr Sheybani, the poet and pioneer painter, in 1948. This relationship had a major influence on their artistic ways. Sheybnai introduced Sepehri to Nima Yooshij and this event made lots of changes in Sepehri's life. He submitted his resignation from his position in the Ministry of Education in Kashan and moved to Tehran to study in the Faculty of Fine Arts. After finishing his education, he was employed in the Ministry of Petrolium, which he left after 8 months as the job had no in common with his characteristic.

During studying at the university, Sohrab Sepehri, Manouchehr Sheybani, and Sadegh Barirani were called "three musketeers of the Faculty of Fine Arts" and had participle roles in spreading modern art and new viewpoints among students. Since Sheybani was into modern art, Sepehri introduced him to Jalil Ziapour and this friendship led to the establishment of the Khoros Jangi (Fighting Cock) Society.

Sepehri started traveling to Europe and the Far East in 1957. Encountering different cultures, religions, and new views during these travels had a huge influence on his poetic spirit. In the same year, he went to Paris and enrolled in a lithography course at the Beaux-Art de Paris. He was in touch with Hossein Zenderoudi while he was in France.

Coming back to Iran, the following year, he was employed in the Ministry of Agriculture and participated in the first edition of the Tehran Biennial and also the Venice Biennial. He became the winner of the second edition of the Tehran Biennial in 1960. In the same year, Sepehri could go to Japan as Homayoun Sanaatizadeh bought his 150 works. He learned wood engraving there and translated some ancient Chinese and Japanese poets. On his way to Iran, Sepehri went to India for a short while.

His rapid brushstrokes and his use of brown and blue colors during that time demonstrate the effect of Japanese paintings in his works. He started teaching at the Decorative Arts school in 1961 and submitted his resignation from all kinds of governmental jobs. Since that year he became more active in writing poems and drawing paintings.

He traveled to India in 1964 and on the way back to Iran, went to Afghanistan and Pakistan. This was the begging of his collection of paintings of tree trunks for a decade. He traveled to America in 1970 and also went to Paris in 1972. His works were showcased in different exhibitions in Iran and Europe during the 1970s and participated in Art Basel in 1976.

His poets were published in 1977 in a book called "Hasht Ketab". He held his last solo show at Seyhoun Gallery in 1978. Sepehri passed away in 1980 due to leukemia.

During the 2000s and 2010s, his works attracted lots of attention. His paintings were presented in several famous auctions and were sold at high prices.