Sirak Melkonian (b. 1931) is a contemporary Armenian/Iranian painter who paints landscapes abstractly in his works concentrating on line and form. The artist’s works show neither imaginary nor real nature, not even surreal nor realistic in a unique language. ... Read full biography 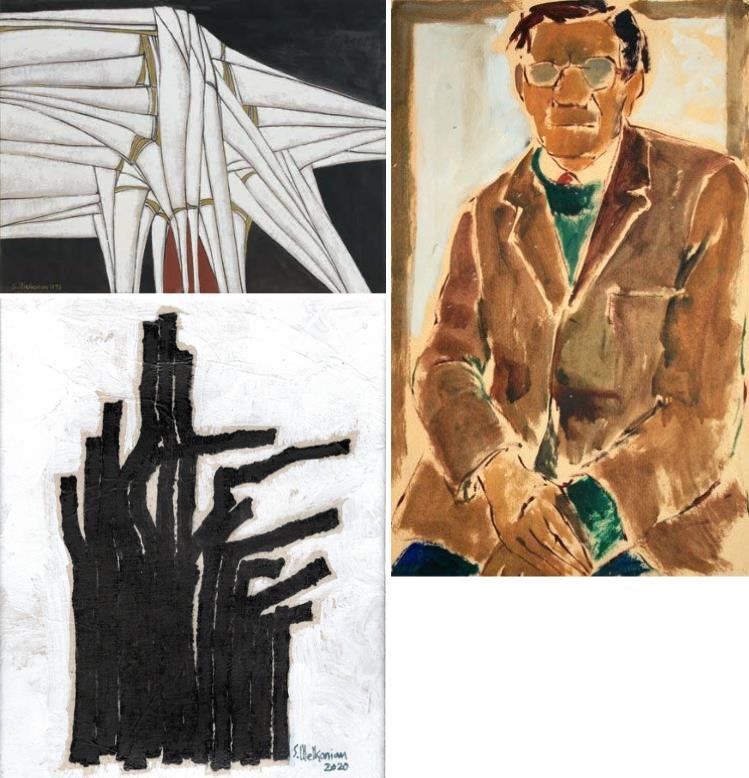 Sirak Melkonian (b. 1931) is a contemporary Armenian/Iranian painter who paints landscapes abstractly in his works concentrating on line and form. The artist’s works show neither imaginary nor real nature, not even surreal nor realistic in a unique language.

Sirak Melkonian was born in Tehran. As a teenager, after graduating from high school, he met Marcos Grigorian and learned modern European art and the art of the world from him. Melkonian's early works had a figurative and realistic approach. In 1957, he won the Contemporary Iranian Artists Award at the Iran-America Society and in 1958 he won the Imperial Court Prize, Tehran Biennial. Grigorian gave him encouragement to move to Italy for studying art at the Accademia di Belle Arti di Roma. He quit studying there and continued learning art experimentally. He participated in the Venice Biennale and soon afterward won the Paris Biennale prize.

Limited color pallets and the emphasis on line and form in Sirak Melkonian's works have always been more important than the subject. The figurative language of his works has found an expressionist and then abstract side over time. Melkonian's mastery of visual qualities of line and color has created a perfect cohesion and balance that may be considered the closest common feature of his works with pristine nature.

Over the years, Melkonian has participated in many solo and group shows in Iran and other countries. In the years before the Iranian revolution in the 1970s, he was awarded the first prize at Tehran International Art Fair.

Melkonian immigrated to Canada in 1992 and continued his artistic activities. He currently lives in Toronto.

In addition to group shows, his solo show entitled "Sirak Melkonian's Seven Decades of Painting" was held at Ab Anbar Gallery and Aria Art Gallery in Tehran in 2015. Also, Art Dubai in 2016 and Teer Art in 2018 and 2020 have hosted a number of his works.