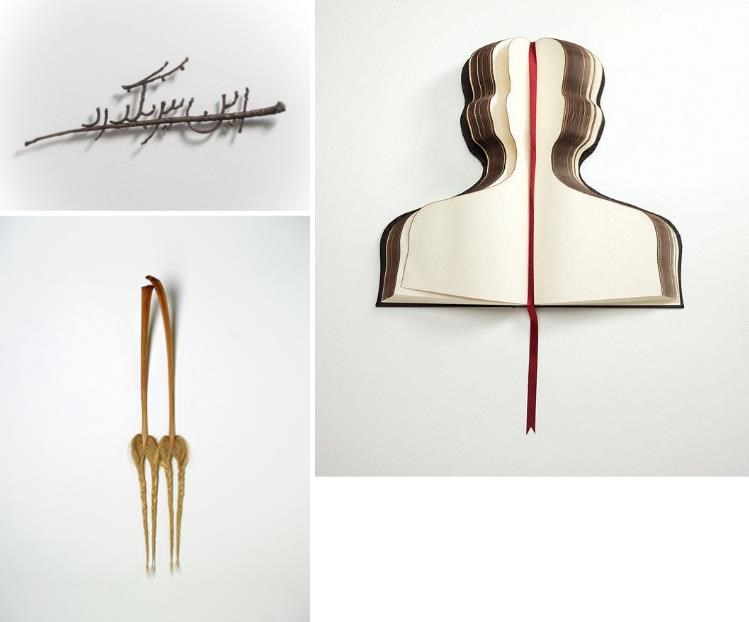 Hossein Valamanesh (1949-2022) was a conceptual artist whose thematic focus was ontological concepts and relations with nature. He used natural materials, words, and language with his inquisitive and empirical mind and challenged the audience with subtle visual references. His works show his interest in objects, as well as the creation of an unmediated art that, instead of highlighting the artist, targets the audience's relationship with works. His masterpieces, ranged from paintings and sculptures to environmental installations, are at the same time simple and profound and reflect his worldview, which stems from living in Australia and his native country, Iran.

Hossein Valamanesh was born in Tehran. He became acquainted with painting as a child but chose to study in mathematics at high school. Regardless of his family's will, he went to the Boys' Fine Arts Conservatory at fifteen and began his art education. During this period, Gholamhossein Nami, Mohammad Ebrahim Jafari, Asghar Mohammadi, and Rafi Halati were teaching at the conservatory. Studying there provided Valamanesh with the opportunity to learn both painting and drawing, as well as being familiar with the contemporary atmosphere of the art community. In the last years of the conservatory, he joined Bijan Mofid's group, which was rehearsing the "City of Tales" theater then. Valamanesh played the role of the elephant (Manouchehr) and collaborated with this group for nearly four years. After receiving his diploma, he went for the military service and was transferred to Shiraz for the last six months. He presented his works for the first time in 1973 in a show at Shiraz University. After completing his military service, he returned to Tehran and joined the "Theater Workshop". He established extensive cooperation with artists and writers in this center and also designed book covers, posters, stages, and costumes.

He immigrated to Australia in 1974 and became acquainted with the natives' lives and beliefs. The closeness of these people to nature, both physically and spiritually, attracted him and he decided to live with them for a while. This adventure brought him profound experiences. He then moved to Adelaide to study painting at the University of South Australia. Since he was passionate about painting and gaining new and independent experiences, he gradually started playing with different materials. He became fascinated by sculpture and handicraft workshops at the university and continued painting programs with focus on texture and material.

Valamanesh established a link between Iranian and Australian art and culture in his works, leading him to work with natural and organic materials. According to him, "the point that where we live and where we have come from, has always been important to me and affected my works. I always felt I had to become a painter and paint; but after attending conservatory and then, university in Australia, I realized that color was not my material. What mattered to me was the truth of the object. The object itself must exist. Color did not meet my need. For example, I could not depict the thatched houses with oil paints. I had to use the thatch substance itself". From that time on, his paintings turned into reliefs using soil, sand, thatch, etc., and he started to design installations.

After graduating in 1977, he held his first solo show. Thereafter, he worked in the field of organizing group and individual exhibitions and accepted the work orders for public spaces. From the late 1980s, he focused on artistic activity and made large-scale installations, many of which are placed as permanent installations or urban sculptures in the streets, parks, beaches, etc., and act as a public art. In 2000, he was commissioned to make an environmental installation in remembrance of nearly ten thousand Irish famine victims who immigrated to Australia; he built it in Sydney's Hyde Park. Also, in 2006, he created 14 pieces for the North Terrace of Adelaide in collaboration with his wife, Angela Valamanesh. In addition, during these years, he held numerous solo and group shows and won various awards and study opportunities. He also worked in the field of video art. In 2016, he presented his works in the group show "Book is House" and in 2017, in the solo show "Where Did I Come From?" both at Aaran Projects gallery. On January 16, 2022, the artist passed away at his home in Adelaide, Australia.