During her professional Career, Gohar Dashti has created large photographs focusing on social issues. Her artworks have specific references to the contemporary history and culture of Iran. ... Read full biography 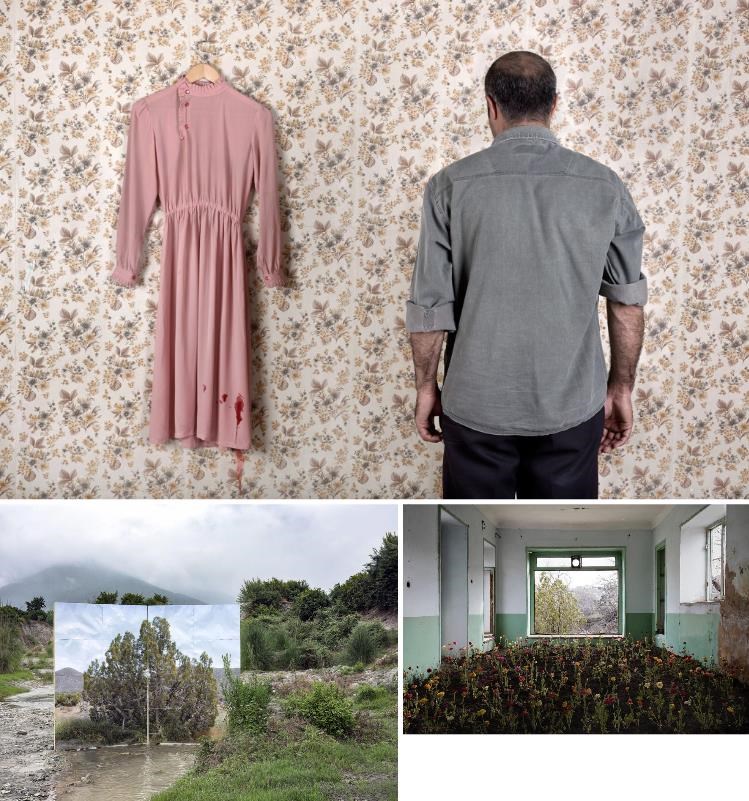 "Today's Life and War" is one of the first known works of Dashti. This collection can be considered as one of the prototypes of staged photography in Iran.

During her professional Career, Gohar Dashti (b. 1980), has created large photographs focusing on social issues. Dashti's artworks have specific references to the contemporary history and culture of Iran, and her sociological perspective is evident in her work. She treats photographic media like theater and uses staged photography to express her mental and personal ideas.

"Today's Life and War" is one of the first known works of Dashti. This collection can be considered as one of the prototypes of staged photography in Iran.

Dashti is one of the photographers of the first generation after the Islamic Revolution who distanced herself from photojournalism and documentary photography that was based on the revolution and the Iraq-Iran War. She practiced new experiences that were not common before. She represented external realities and social and political issues with a critical and personal perspective.

Gohar Dashti experienced the eight-year Iraq-Iran War as a child. Her family did not leave Ahvaz during that time. The experience of a difficult childhood and the dangers of war had a profound effect on her life and her outlook on issues and phenomena which is clearly obvious in her first decade of activity in photography. As a bachelor's student of photography, she exhibited her photos for the first time at a group show entitled "One Day in Afghanistan" which was held by Red Cross in Tehran in 2001. In 2005, she graduated from Tehran University of Art with a master's degree in photography. She held her first solo show in 2006 at the Silk Road Gallery.

"Today's Life and War" is one of the first known works of Dashti. This collection can be considered as one of the prototypes of staged photography in Iran. She created this collection of photographs in 2008 and they were inspired by her personal experience during the Iraq-Iran war. In 2014 this photo series was exhibited in a group show entitled "Disasters of War: 1800-2014" at the Louvre-Lens Museum. These photos were showcased alongside other works by prominent artists such as Francisco Goya, Pablo Picasso, and Henri Moore.

With the same narrative look, Dashti tried to create a kind of staged photography in the series "Slow Decay" (2011) and "Volcano" (2012); but one of her most successful projects was the "Iran, Untitled" photo series, which showed a group of people in different situations, in a non-place and non-time desert. In this photo series, she addressed the issue of immigration and its challenges.

Since the mid-1990s, Dashti has been creating poetic images of nature and plant life. Perhaps these still life series are her most personal projects. In these photographs, she prints plants on plain backgrounds much larger than their original size or manipulates and blurs the scenes she has captured with printing techniques.

Gohar Dashti pays special attention to identity-based issues and migration. In the "Home" collection, she shows the interior of relatively large and abandoned old houses that are decorated and covered with plants; it is as if plants are the inhabitants of houses and there is no human trace in this space. Also, the "Uprooted" collection shows the plants that have come out of the soil in a suspended form. These photos refer to immigrants who have left their homeland and are looking to find themselves in another nature.

In the "Land/s" photo series, she focuses on the relation between the natural world and human activities such as war or migration and depicts familiar lands without cultural, political, or geographical boundaries. In recent years, Dashti has turned to curatorial exhibitions and tried to introduce contemporary Iranian photography to the art world.