During his six decades of professional activity, Abbas Kiarostami experienced and discovered the boundaries between reality and story, as well as praised life and nature. ... Read full biography 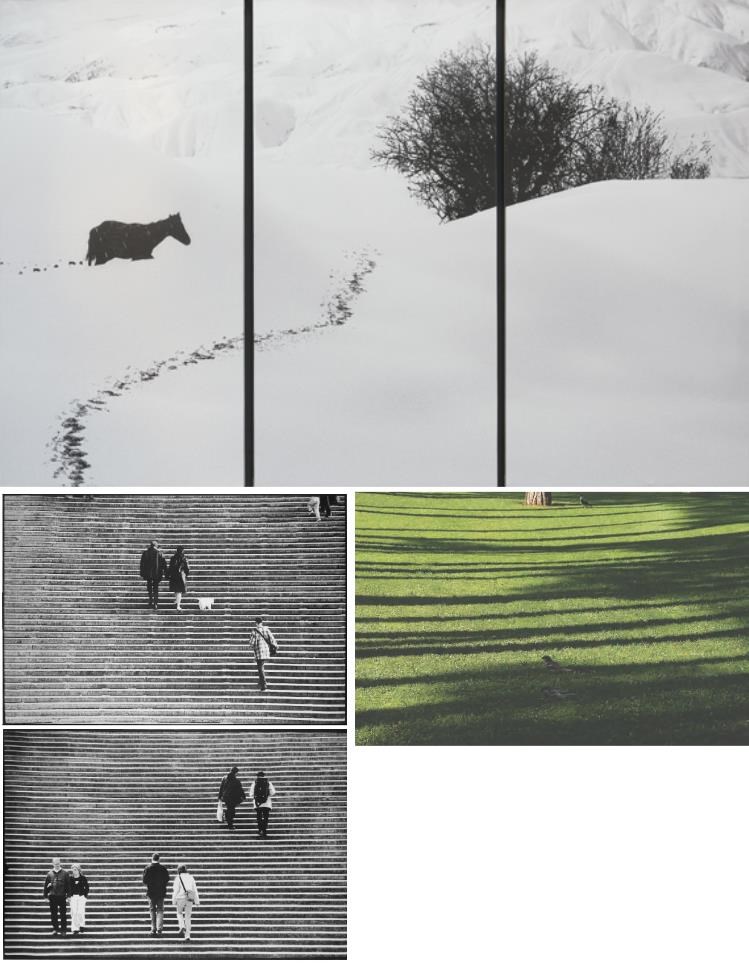 Instead of photographing various subjects or objects, he would focus on one single subject in different places and times. Silence and simplicity are two fundamental elements of his photographs.

Being known for experiencing and discovering the boundaries between reality and story, as well as praising life and nature, Abbas Kiarostami (1940-2016), during his six decades of professional career, has made more than forty short films and documentaries, as well as photographic images, compositions, poems, graphic designs, and paintings. The use of rural spaces, showing kids as protagonists, the documentary style, and the poetic look, while paying attention to the simple daily life, are among the most critical features of Kiarostami's films. He also maintained his approach to filmmaking in other arts such as poetry, stage design, painting, and photography.

Instead of photographing various subjects or objects, he would focus on one single subject in different places and times. Silence and simplicity are two fundamental elements of his photographs.

Kiarostami was born in Tehran. He was a classmate of Aydin Aghdashloo and Ali Golestaneh at Jam Gholhak School. Kiarostami started his activity in the world of art by painting. In 1959 he was accepted in painting at the Faculty of Fine Arts. During the 1960s, he collaborated with several institutes as a cover and poster designer, illustrator of children and adolescents' books, and director of advertising films; some of his works include designing posters and credits for "Qeysar" and "Reza, the Motorcyclist" films. In 1969, he was employed by the Institute for the Intellectual Development of Children and Young Adults and helped establish the institute's department of cinema. He made his first short film, "The Bread and Alley," there in 1970.

In 1978 he started photography as another activity alongside his main work, cinema. With photography, he started to explore nature and its beauty. Instead of photographing various subjects or objects, he would focus on one single subject in different places and times. Silence and simplicity are two fundamental elements of his photographs. He depicted the changes of the seasons, the fluctuations, and the quality of light in his photographs.

Kiarostami made several feature films and documentaries during the 1970s and 1980s, but with the film "Where is the Friend's Home?" in 1987, he also became known outside Iran and was universally acclaimed. He won the Gold Leopard of Honor at the Locarno Film Festival. In 1989, he held his first photography exhibition at Golestan Gallery.

He participated in Venice Biennale with the "Sleepers" video art; this installation was exhibited in different countries worldwide from 2001 to 2003. In 2003, he received an honorary doctorate from the École normale supérieure. In the same year, he showcased the "Lagoon and the Moon" video installation at the Tehran Museum of Contemporary Art. During the 2000s, his photographs and video installations were displayed in galleries worldwide.

He also received another honorary doctorate from Sorbonne. He has been a judge at numerous prestigious film festivals and has been a judge at the Cannes Film Festival for four seasons as well. Finally, this noted artist died in 2016 in Paris because of a stroke after several surgeries due to gastrointestinal cancer.

In 2019, for the first time, an exhibition of Kiarostami's paintings was held at Golestan Gallery. According to Lili Golestan, Kiarostami had some experiences with painting in the late 1980s and sold some of his works; but he did not display these works anywhere. The works in the exhibition, which included a watercolor painting and 32 small pencil paintings, introduced another aspect of Kiarostami's character to his audience. His viewpoint of nature was familiar to his films, photographs, and paintings.